The following is an excerpt from Dr. Rockoff’s third and most recent book titled “Doctoring from the Outside In: Dermatology Under the Skin.”

Twenty-five years ago, a doctor I hardly knew called to ask a favor. The daughter of his friend was studying in Pennsylvania to be a physician assistant. He knew I hosted students. Could she shadow me for a couple of days? I was free and agreed.

At that point I had heard the term “physician assistant,” but had no clear idea of what that label signified. During our three days together, I asked my guest what a physician assistant is allowed to do. “Pretty much everything,” she said. “We have to work under a physician’s supervision, but we can do that in any specialty.”

This surprised me. After all, to become a physician requires four years of medical school, followed by a one-year internship. After that, doctors can be licensed, but almost every one of them signs on for several more years of training, even to become a primary physician. To be a certified as a physician assistant, by contrast, takes only two years after college. Was that really enough to work in “any specialty?”

I later learned that physician assistants began in the US Navy during World War II, when there were not enough fully trained doctors to provide medical services in emergency situations. After the war, continued shortages of medical personnel led to incorporating PAs into the medical workforce. The physician assistant world went on to develop its own infrastructure—a professional organization, publications, meetings, continuing education programs, recertification policies, and so forth.

The dynamic of PA professional development proceeded along the lines familiar to any profession: campaigns for greater scope of practice, developing specialties and subspecialties, a journal, job placement services. By the time I decided a few years later to engage the services of a PA in my own practice, I could turn to the Society of Dermatology Physician Assistants, a well-organized and efficient group with a fine hiring database. I engaged a physician assistant to work with me.

Fresh out of school, Kelly had no specific dermatologic experience beyond a few weeks of study during her training. Ironically, even this brief school-based exposure to dermatology exceeded my own in medical school. For a few months, Kelly followed me around like a student. After a few months she began to see patients on her own. We met regularly to review her medical management and office notes on patients she had seen. She brought any questions she had to my attention, and we went on meeting regularly.

At the start I wondered not only whether she would master the clinical craft but whether patients would accept her. The answer turned out to be a clear “yes” to both. Patients were of course informed they would be seeing a physician assistant. When Kelly married and left town three years later, some of the people she had worked with called to inquire whether it would now be acceptable if they saw me. I graciously agreed.

Over the next several years, I hired three cohorts of what these days are called “mid-level providers”—five physician assistants and one nurse practitioner. I trained them all from scratch. All were acceptable, several excellent, the last pair—PAs both—absolutely superb. We have been colleagues for well over a decade.

In recent years NPs and PAs have become more tightly and visibly integrated into the health-care landscape. Asked to identify their primary care provider, many patients answer along the lines of, “Officially, it’s Dr. Osuna, but actually I see his nurse, Deb. She’s terrific.”

Patients expect to see such providers and accept them. Mid-level providers are now ubiquitous—in offices, clinics, and hospitals, often on the front lines of care, welcomed by patients and doctors, including this one, who speaks from personal collegial experience.

Having trained and worked beside physician assistants, I have seen the way they take on the challenge of daily clinical work—caring for ordinary people with everyday problems—with empathy and enthusiasm. It has been a pleasure to be their colleague. Our shared patients have thought so too for twenty years. The physician assistant who has worked beside me the longest, almost fifteen years, is the best colleague I ever had, and among the finest people I have ever met.

I am ambivalent about some of the changes my profession has undergone since I began. 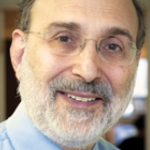 Alan Rockoff, MD, practices dermatology in Boston, Massachusetts. He graduated with his medical degree in 1972 from the Albert Einstein College of Medicine in Bronx, New York and then completed a pediatric internship and residency at Bronx Municipal Hospital Center in Bronx, New York. Continuing his education, Dr. Rockoff completed a dermatology residency program at the combined program at Boston University and Tufts University in Boston, Massachusetts.

PrevPreviousHow the SDPA & PA Community Demonstrated Resilience, Unity, & Progress During the Most Challenging Year in Recent Healthcare History
NextThe Saga of the Modifier 25Next