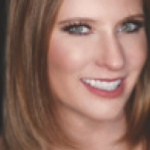 ABSTRACT
Over the last 10 years, the demand for nonsurgical aesthetic procedures has soared. Among these procedures, volume enhancement with soft tissue dermal fillers continues to be popular. New soft tissue dermal fillers are getting approved by the United States (US) Food and Drug Administration (FDA) and becoming available on the US market yearly. Traditionally, soft tissue fillers have been supplied and injected with hypodermal needles, however, the FDA has recently approved several soft tissue dermal fillers with the use of a cannula for injection. It is thought that cannulas may reduce injection complications, however, even with a blunt-tipped cannula patients can still suffer from tragic complications of vascular compromise leading to ischemia and blindness. It is essential that injectors understand the appropriate safety techniques to help avoid complications by learning how to determine whether a cannula is a better choice than a hypodermal needle when injecting and what to do if an intravascular event occurs.

INTRODUCTION
Soft tissue filling is achieved using either a hypodermic needle or a cannula.1 Hypodermic needles are non-flexible and have a sharp tip with the opening for the product at the distal cutting edge.1 Cannulas have blunt and rounded tips, a distal opening for product delivery on one side, and may have flexible bodies.1 Both needles and cannulas pose risks for complications. Minor complications include bruising, swelling, pain, and erythema.2 More severe complications include infections, dermatitis, migration, granuloma formation, skin necrosis, pulmonary embolization, stoke, and blindness.2

Vascular compromise leading to ischemia and blindness is one of the most severe complications that can occur with dermal filler. These are caused by injection of the dermal filler material directly into a vessel or adjacent to a small vessel with a fixed structure behind.3 The incidence of vascular occlusion following intravascular injection has been estimated at 3 per 1000 for calcium hydroxylapatite (CaHA) and 3-9 per 10,000 for hyaluronic acid (HA) products.4 The true incidence of this complication is unknown because of underreporting by clinicians.4 In a case review published in Aesthetic Plastic Surgery, of the 190 cases of blindness due to soft-tissue fillers 53 cases were caused by HA. The remaining cases were from autologous fat, collagen, CaHA, and other fillers.4 The most common site of ocular complications involved with injections is at the nasal ala followed by the glabella region. In total, 90% of ocular complications occur after injections are made into the glabella, nose, forehead, and periocular region.2

LITERATURE REVIEW
The gauge of the needle/cannula is important when considering safety.1 Pavicic et al1 conducted a study to investigate whether different-sized cannulas are safer than correspondingly sized needles for the application of facial soft-tissue fillers. They discovered that there is no statistical difference between the mean force required to penetrate an artery on the left versus right side of the face, to penetrate the anterior branch of the superficial temporal artery versus the facial artery, or to penetrate an artery of a man versus a that of a woman. The study showed that increased age significantly correlated with a reduction in the force required to penetrate an artery.1 There was also a correlation with the size of the needle. The smaller needles required less force to penetrate the arterial wall than large needles.1 They found that when comparing same-sized cannulas and needles, 22- and 25-gauge cannulas required significantly more force to penetrate the arterial wall compared to 22- and 25-gauge needles, however, no statistical difference was found when comparing 27-gauge needles to cannulas.1 This supports the theory that 27-gauge cannulas or smaller have the same risk as needles for vascular penetration, and 25-gauge and larger cannulas have lower risk over needles for vascular penetration.

In a recent article published in Plastic and Reconstructive Surgery journal, Zhou et al reported that over the course of three years, 25 of the 28 severe HA-related intravascular events referred to their department were performed with cannulas instead of needles.5 The authors suggested that, given these findings, the safety of cannulas with HA injections may have been overestimated. They discussed many possible reasons for this overestimation. Previous studies propose that, because of different designs by varying manufacturers, some cannula tips are sharper than others with the same gauge. Poorly made cannulas have a rougher internal lining that can prevent successful aspiration therefore giving a false impression of safety. It is thought that aspiration can be more difficult with cannulas than with needles because there is a higher negative pressure and longer aspiration time required for filler to retreat to the cannula base than in needles. Products with higher viscidity and larger particle size require a large bore and a longer aspiration time.5

Needles have been thought to be more precise for placing fillers than cannulas at the periosteum.6 A study published in the Journal of Drugs in Dermatology showed that injections with cannulas were more accurate for product placement when compared to needles.7 They showed a 33.3-percent increase in filler displacement towards more superficial layers when using a needle compared to a cannula. The researchers concluded that cannulas result in more precise placement of soft tissue fillers.7 A study published in Aesthetic Surgery Journal concluded that all facial sites showed that a sharp needle used for product placement with the needle perpendicular to the skin resulted in product being placed in several layers of the tissue, whereas when a cannula was used for placement, the product remained confined to significantly fewer anatomic layers.6

DISCUSSION
Even in the most experienced hands, complications are not completely avoidable, but many prevention techniques have been discovered.4 Injectors should have a solid knowledge of the underlying anatomy to understand what vessels are in the area of injection.4 Injectors should use extended aspiration time (greater than 5 seconds) to allow filler to retreat to the base of the needle or cannula.5,8 Cannulas tend to be longer in length than the supplied hypodermic needles; therefore, it will take longer for blood to enter the syringe if the needle or cannula had entered into a vessel.8 Other techniques include using a slow-low pressure when injecting, continually moving the needle or cannula while injecting, and injecting small amounts of filler at a time.4 Injectors should be observing for skin changes during injection and in the immediate post-injection period to allow for early intervention if required.4

In the case that an intravascular event occurs, the goal is to restore blood flow to the affected area immediately. The current treatment with HA fillers is to flood the affected area with copious amounts of hyaluronidase (at least 300-1500 IU depending on the amount of area involved and the severity of the incident) as soon as the diagnosis is made and repeated every one to two hours until significant improvement or reversal is seen.4,9 The area can be massaged to facilitate spread of hyaluronidase, and a warm compress should be applied to increase vascular dilation and blood flow. Topical nitroglycerin (NTG) paste has been shown to instigate vasodilation and could reduce the risk for necrosis.9 However, this treatment should be used with caution because orthostatis has been associated with its use. Oral aspirin, 650 mg daily for 1 week, may prevent further colt formation and is recommended to be administered for 1 week.9

CONCLUSION
Detrimental adverse events can occur any time soft tissue dermal filler is injected. Cannulas have been shown to cause fewer minor complications when compared to needles.10 There may be a benefit to using greater than 25-gauge cannulas when in a high-risk area for vascular occlusion because cannulas require significantly more force to penetrate the arterial wall than needles of the same gauge.1 Filler placement is more accurate when using a cannula and should be considered when injecting in areas where superficial displacement is a concern.11

The use of soft tissue dermal fillers will likely continue to increase due to the limited recovery time, accessibility of the procedure, and relatively affordable cost. Even in the most experienced hands, complications can occur. Injections using cannulas and needles have both been shown to cause catastrophic complications. It is important that injectors know the anatomy and what safety protocols to follow to prevent these events.4 Moreover, it is essential that injectors know how to intervene if they see these events occurring.7